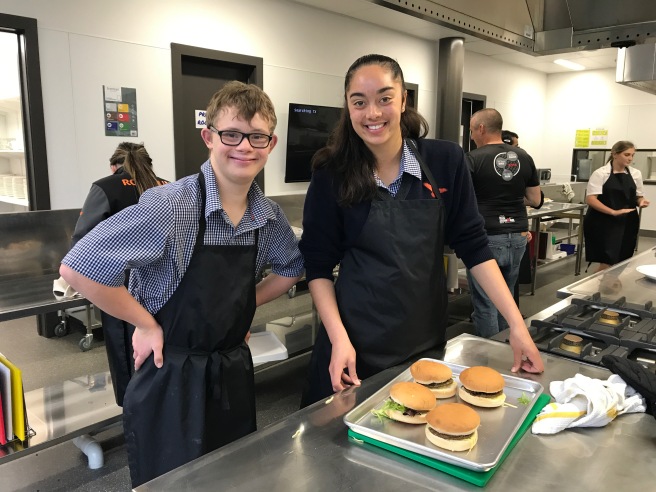 The words of Michael Jackson are a good place to start and set the scene for this reflection…So much in the world and the media about what is wrong with the world, with society, with the future focused New Zealand Curriculum having the following vision, values, key competencies and more… 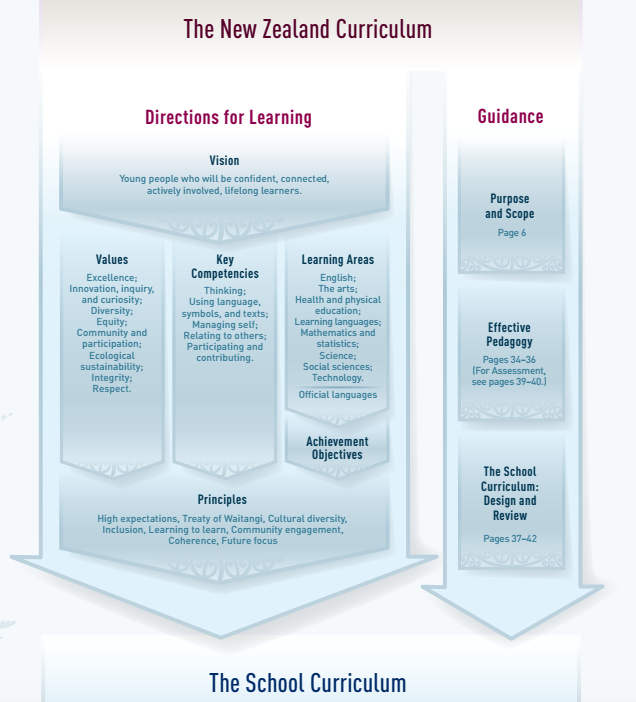 Focusing in on the vision …”Young people who will be confident, connected, actively involved, lifelong learners”.
So how is this been enacted in our schools? Within schools own contexts how is the vision being played out? I want to share some of the partnerships we have at Rototuna High Schools to show this in our context…Let’s focus on the good stuff happening.

More specifically our Mission statement is...

“Empower our people to be connected, collaborative, community-minded learners inspired to soar”.

The land on which the schools are to be built is approximately 11 hectares in size (before building). The site is located to the north-west of Te Totara Primary School and adjoins a portion of the designation for the Waikato Expressway near North City Road and Horsham Downs Road.

In Pre-European times, the area around the school was a peat lake named Tunawhakapeke. The lake and surrounding swamps were a source of abundant resources such as tuna (eel) and harakeke (flax) for early Māori and of course the kāhu is a prominent bird in our area and is our school emblem. The kāhu (or swamp harrier) was regarded as good luck if it was seen flying overhead during a tribal meeting and we hope that it brings us the same luck too. It is also a bird that soars high and represents the high aspirations we have for our students and community too. Parts our branding and uniform also feature orange as one of it’s colours and this is reference to kokowai (paint pigment) that was produced from the iron oxide present in the rich peat swamps and gully creeks as the water flowed through them, producing ‘orange’ water commonly seen in creeks in peat areas.

First of all connections with Mana Whenua, our local iwi are Tainui and Ngāti Wairere, we are engaging with Mana Whenua across a number of levels.
The naming of our space and place has been completed in conjunction with Ngāti Wairere, right from the beginning our Board of Trustees led by Megan Campbell, worked alongside board member Wiremu Puke from Ngāti Wairere in the naming of our space and place and connections an partnerships have been developed for here…
The importance of connections with Mana Whenua have also been made explicit in our school charter https://www.rhs.school.nz/rhs-charter
So how have we as a Kura and the ākonga been going about this? 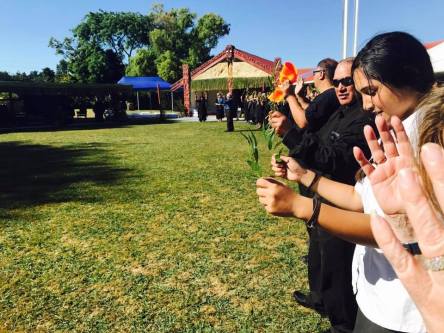 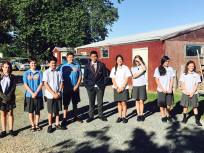 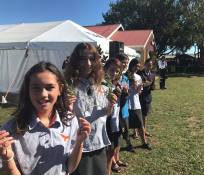 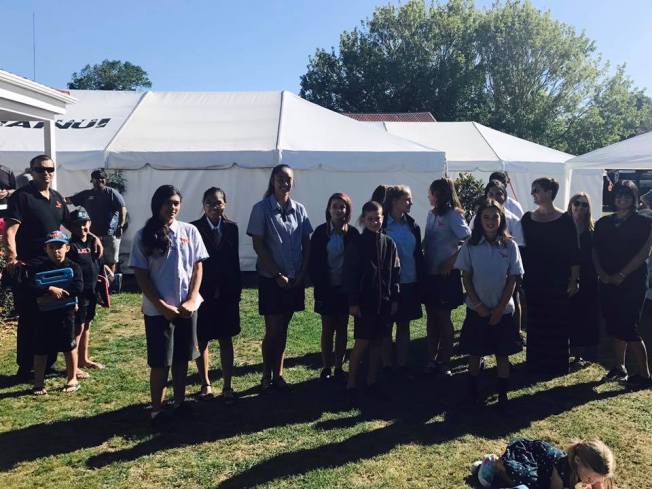 The poukai is a ceremonial gathering held on 28 days a year at different marae or ceremonial centres supporting the Kïngitanga, or Mäori King Movement, which is largely based within the Tainui confederation of tribes in the Waikato region of New Zealand’s North Island.
Our ākonga and some staff attended this year, the ākonga helped behind the scenes the day before and the day of the visit to the Hukunui Marae, working in the kitchen and the dining areas to prepare the celebratory Kai. Also taking part in the Pōwhiri that you can see in the photos above.

The annual Koroneihana (coronation) commemorations marks the time when King Tuheitia ascended the throne on the 21 August 2006 following the passing of his mother, Te Arikinui Dame Te Ataairangikaahu, who had reigned for 40 years from 23 May 1966.The August celebrations are expected to be the biggest ever to match the 10 year milestone of King Tuheitia’s reign also paying tribute and remembering his mother. Koroneihana attracts hundreds of visitors nationally and internationally to Turangawaewae Marae in Ngaruawahia, for the week long celebrations.It brings together iwi from across the motu (country) who support the Maori kingship movement which emerged in the 1850s as a symbol of unity. Throughout the week visitors and iwi members will take part in political debates on matters important to the Kingitanga and to Maoridom. Cultural performances, sports competitions, education expo and other festivities also take place. Koroneihana is one of the key events on the Māori calendar. 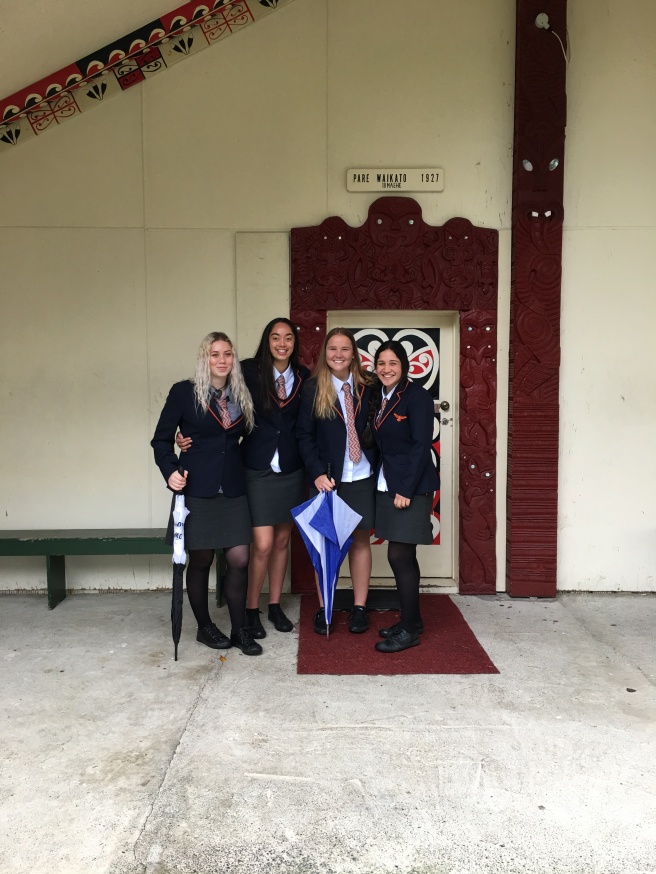 “Wairere worry project” looked to connect further with Mana Whenua earlier in the year, meeting with the Marae committee at Hukunui to see whether students could help take action to sustain the culture at Hukunui, to paint garden upkeep, support as required…. 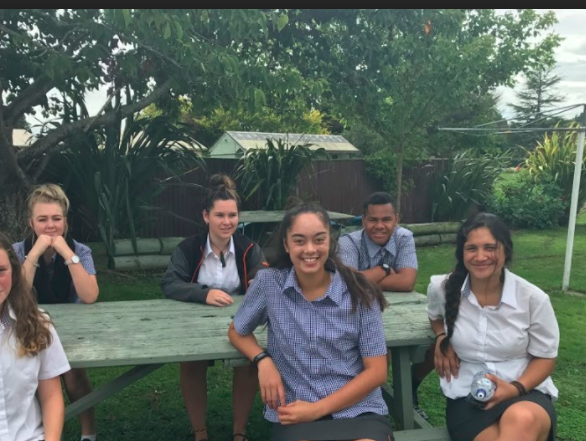 Communication did break down here and students had to shift their focus to helping sustain the culture at Rototuna, by supporting our Kapa Haka group. The Kapa Haka rōpu led my Matua Anaru Keogh and Matua Robbie Moore represented our Kura at the Tainui regionals this year, this was a massive achievement with the rōpu turning around a performance in one term of intensive mahi with Year 7-11 to compete against well established rōpu from kura with mainly Year 12 and 13 akonga. To say we were proud is an understatement. The project worked behind the scenes to support, as we are a new rōpu we had no uniforms-kakahu to wear. Here is some photos of our project making muka and dying to help make the Maro our bys would wear, supported by our Tumuaki Natash who can make Maro. 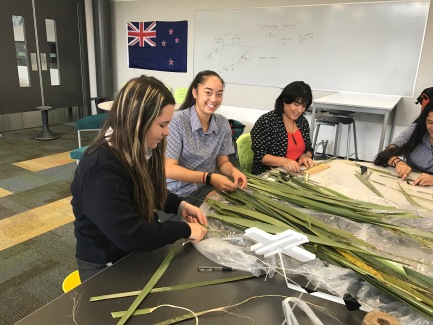 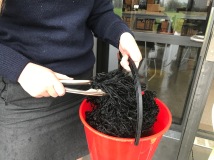 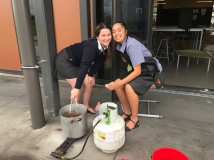 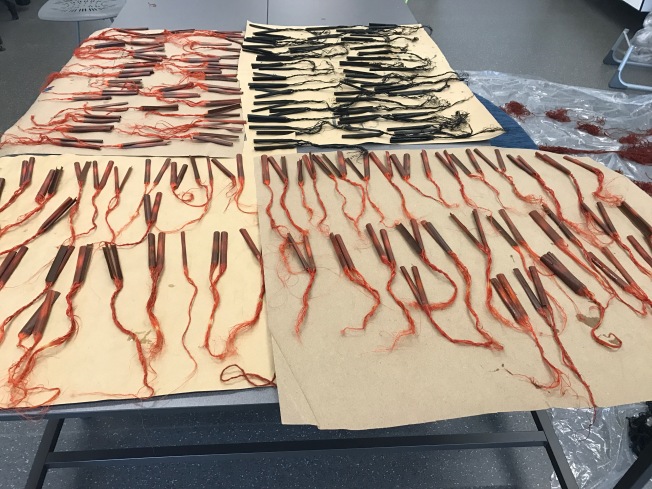 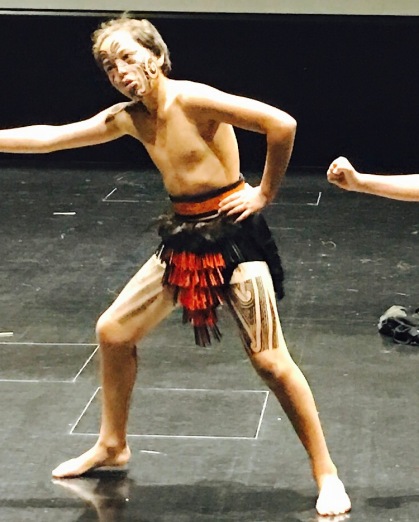 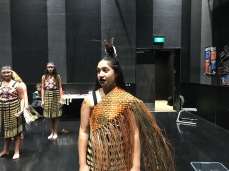 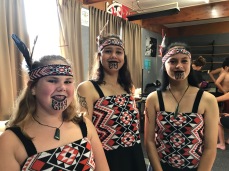 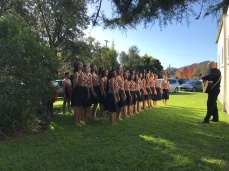 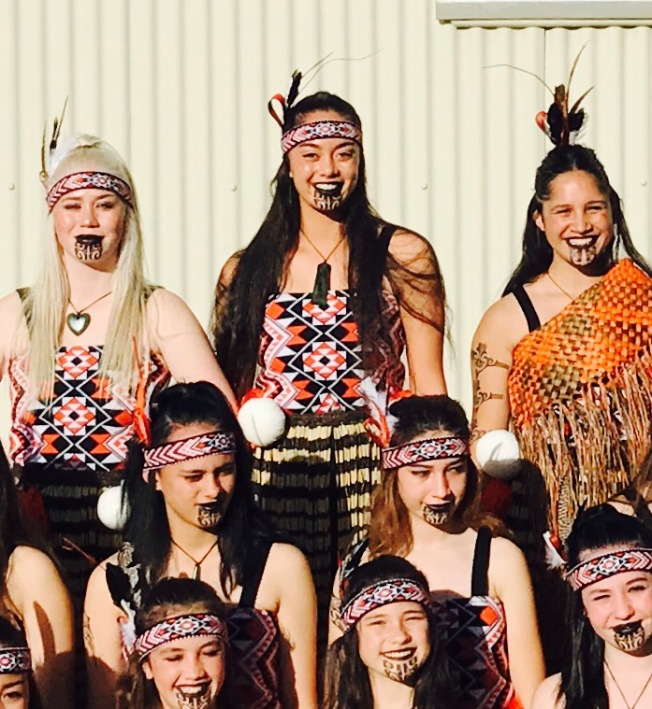 Another partnership making a difference in our kura is the Te Rapa R Us project, linking in with the Te Rapa Unit here at school. http://www.hamnorth.school.nz/ we have a satellite class on site. A group of ākonga came up with the idea of making a difference and developing inclusion at our school, to sustain the links between Te Rapa and RHS. Ākonga have planned budgeted and developed a programme for this and have lead activities including, cooking, art, technology-puzzle development with sketch up and MDF, PE and more…See some visuals below… 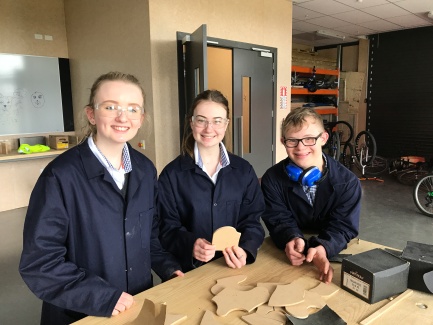 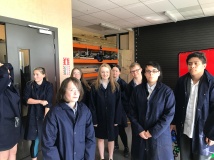 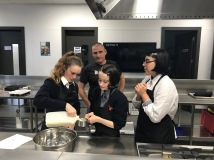 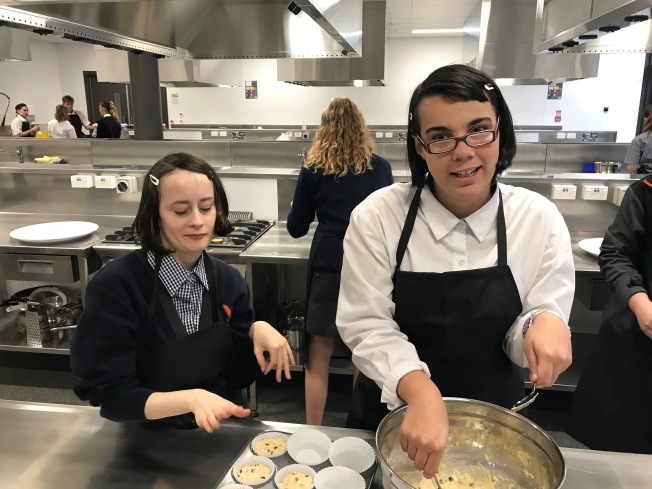 Active Community impact project have been building their leadership skills by sharing their sports knowledge with ākonga at Te Totara primary. 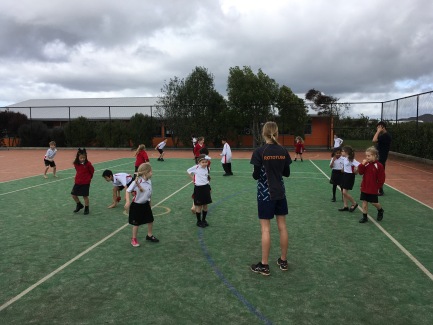 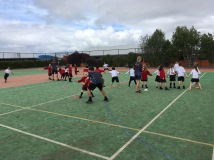 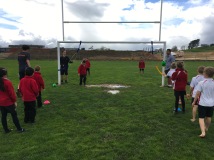 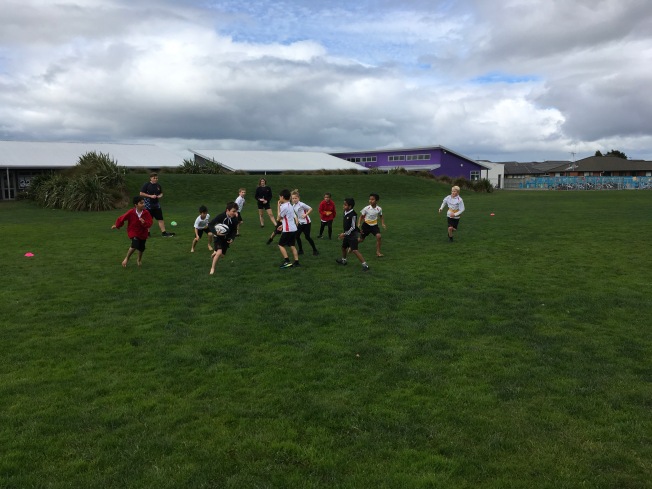 We have a project at school that has developed a partnership with pacific coast technical institute. This project is helping ākonga to gain qualifications that will allow them to be employed in the Apiary industry, which is a fast growing industry in NZ. In addition we have another project also working in conjunction with PCTI to gain qualification aligned to the Fruit growing industry. See some of the ākonga taking advantage of their learning through this partnership. 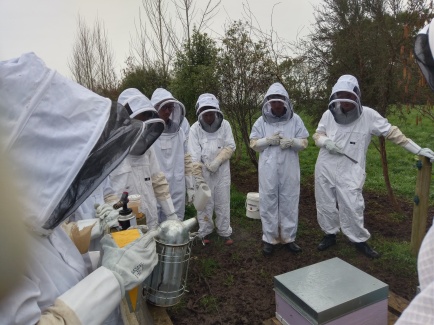 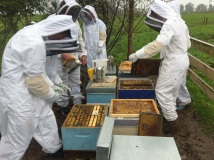 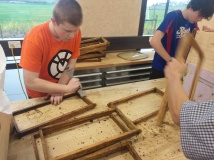 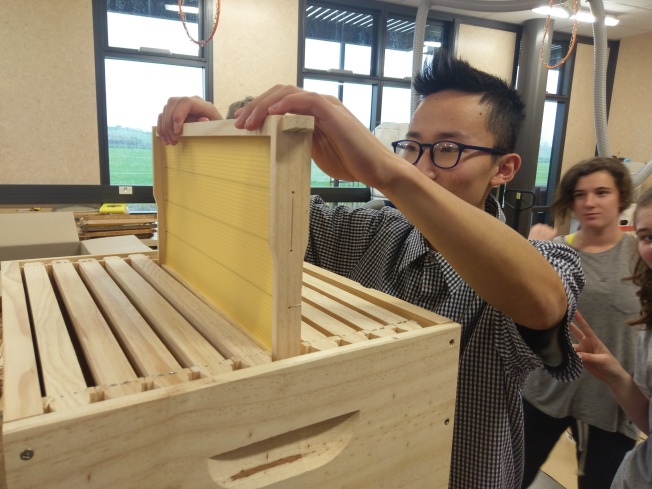 These are just a few examples, I do believe we are are still learning as we go, but I think it is important to share ways that Kura can help their ākonga to make a difference and know we are on the way to ensure here at Rototuna through our powerful partnerships we…

Empower our people to be connected, collaborative, community-minded learners inspired to soar.

Blog of the New Zealand Association for Research in Education

Engaging in conversation around Education and Leadership

A blog about learning

Reflections on my commitment to the vision of the NZC - actively involved, confident, connected, lifelong learner

At the grassroots. Thoughts, ideas, experiences and general musings about education.

Teaching on the Wind

Smile! You’re at the best WordPress.com site ever

In search of classroom answers

The war on fat kids

thoughts on education by Grant Wiggins

Here be dragons: a personal journey into future learning

A discussion of best practices in the modern Physical Education classroom